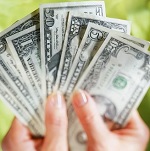 New Zealand small business owners are being warned to watch out for overseas money laundering scams. The latest scam to target honest Kiwis has seen businesses contacted by a fake overseas customer asking to purchase products. However, they pay over the stated amount, and then ask for the excess to be sent to an overseas bank account.

Police investigations have shown the original payment was obtained fraudulently through phishing scams, the ‘customer’ is never heard from again and does not ask for the goods to be sent.

“We’ve seen more traditional scams through employment and romance ruses, but this time the offenders are targeting Kiwi business owners who are trying to go about their everyday business,” he said.

Recent scams uncovered by the team include, car purchasing scams, where an overseas buyer will express interest in purchasing a car and transfer money to the victim, believed to be for shipping. The victim is then asked by the scammer to forward the money for shipping to a person overseas.

Other cases have seen people believe they have been offered an employment opportunity and are being paid wages or a bonus. The ’employer’ will request that a large percentage of the amount is wired overseas via Western Union or other money remitter, and the victim will keep a small percentage.

“In all of these money laundering scams, the scammer is based overseas and leads the victim to believe they are interested in doing legitimate business, despite their physical location,” said Mr Beal.

“We want to make business owners aware of the techniques used by these scammers to ensure they inform police at the earliest sign of a scam.”

“Given his location, I requested that he pay only by bank transfer to ensure the money was safe before I dispatched the products,” he said.

“The presumption that a credit card payment was the only way a scammer could get me was wrong. I knew something was up when I received more than $5000 too much and was asked to send the excess money overseas, despite it having arrived from a local account.”

Mr Beal said there are often tell-tale signs when a scam is underway, but the scammers are developing new techniques to fool victims.

“Generally international money transfers should be met with caution,” he said. “However in the most recent cases, the scammers are using legitimate overseas bank accounts instead of credit transfers to make it appear genuine.

“Unfortunately that isn’t the case and the original sourcing of the money in unlawful.”

Peabody Energy Corp and Glencore Xstrata will cut around 500 mining jobs in Australia, a company official and trade... read more