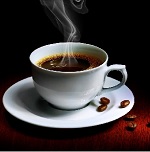 Sadly, tragic news has emerged that a man in Britain recently died from caffeine overdose. John Jackson was 40 years old. What makes this unfortunate death worrying is that it was due to consumption of caffeine-laced mints. Misfortune can strike us in many ways, but we generally don’t expect a tin of sweeties to be our downfall.

I’ve written about death by caffeine before, but this particular tragedy involves a different aspect of one of the key themes of my blog and toxicology generally – the dose makes the poison.

How much is too much?

Everyone knows that caffeine is a stimulant and heightens alertness; this caffeine boost is part of the pleasurable effect of a good cup of coffee.

Caffeine also makes the heart beat faster and stronger, and high concentrations can cause severe heart problems (among other things), and even death. But despite widespread consumption of caffeine-containing drinks and caffeine pills, death by caffeine overdose is extraordinarily rare.

In this particular case, the deceased had consumed an entire tin of caffeine-containing mints. Each individual mint contained 80 milligrams of caffeine, about the same amount as in some moderate-level energy drinks.

Consuming the whole tin of the mints is like consuming 12 cans of a moderate-level energy drink, one after the other.

But is that enough to kill you? The handy website Death by Caffeine, where you can find out how many cans of energy drink, cups of coffee or bars of chocolate you will need to consume before expiring, suggests that a 70kg person would need to drink 132 cans of a beverage containing 80 milligrams of caffeine (or a similar number shots of espresso coffee) to die of an overdose.

If that’s correct, then Jackson should have had a tenfold safety margin, so what went wrong?

Sensitivity to caffeine and our ability to break it down varies between people. A recent report about energy drinks in the Medical Journal of Australia found that people drinking no more than the recommended amount of energy drinks showed significant signs of toxicity (such as palpitations, and even parts of their heart muscle dying).

No one featured in the report actually died, but the average caffeine-containing energy drink consumption of people presenting to the emergency department was between three and eight cans.

There are a number of reasons for this susceptibility, such as having an underlying heart condition. But in Jackson’s case, the most likely culprit was his liver. Caffeine (and the related stimulants from tea and coca, theophyline and theobromine) is broken down in the liver by a specific enzyme (cytochrome P450 1A2 for the technical minded). Not everyone has the same amount of this enzyme in their livers for many reasons, such as the gene for the enzyme being missing or defective.

The reason you don’t give chocolate to dogs is that they have very low levels of their version of the human enzyme, and are more susceptible to toxicity from theobromine and caffeine in chocolate.

Around 40 per cent of Europeans have a version of the enzyme that breaks down caffeine slowly. In these people, caffeine consumption is correlated with higher incidences of heart attack and high blood pressure.

But in this case, the reason was not a genetic variation but disease. The deceased had cirrhosis of the liver, which, among other things, greatly reduces the ability of the liver to break down a variety of chemicals, including caffeine.

The mints in question have a label warning on the back of the tin saying they contain high levels of caffeine, and advise against eating more than five in a 24-hour period (but its website has no warnings). The labels also warn caffeine-sensitive individuals against consuming them.

But most people with cirrhosis or hepatitis are not necessarily sensitive to caffeine, and so may not be aware that the warning applies to them. That is, if they read the back of the tin; the front of the tin makes no mention of caffeine at all, and consumers may not be aware they are eating caffeine-laced sweets.

There is, I think, a good case for more prominent labelling of caffeine-containing foodstuffs and beverages, along with rewording of the warnings so they are clearer about who is at risk.

While death from caffeine overdose is fortunately very rare, this tragic case shows that there’s more we can do to make it rarer still.

– Ian Musgrave (senior lecturer in pharmacology at the University of Adelaide)