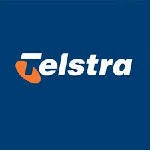 Telstra has announced it will cut 1100 jobs as part of the next stage of a major restructure announced last May. The bulk of the job losses are expected to come from Telstra Operations, the business unit that handles the design, construction, and operation of Telstra’s networks, plus the delivery of some customer services.

The latest cuts mean Telstra has shed nearly 4 percent of its Australian workforce of 30,000 in one hit. The jobs will be cut from the business by June 2014. Telstraâ€™s chief operations officer Brendon Riley said the cuts were aimed at removing duplications from the business as it grows its network applications and services division.
“At the time, we said we expected there to be impacts on jobs from these changes, and after reviewing the business over the last few months, today we briefed our people on the expected impacts,” he said. â€œWe will work through a careful consultation process with our people and we will do so with the utmost respect and sensitivity.”

The company has so far only briefed half of the workers who will be impacted by the cuts. These include fixed network technicians in New South Wales, Victoria, ACT and Tasmania, the media operations team and the customer service team.
Mr Riley told reporters this afternoon that he could not rule out further cuts to other divisions before the end of the year. “Itâ€™s possible, I donâ€™t have any insights I can share today,” he said.
“I think [Telstra chief executive] David [Thodey] is on record as saying we need to continue to change the shape of Telstra, and itâ€™s probably going to get smaller every year.”
He said the company was planning to grow jobs in its overseas divisions, but that it did not equate to moving jobs overseas. “Certainly we are looking to build our capabilities in Asia, thatâ€™s something that weâ€™re working on,” he said. “[But] if you look at the three things we’ve announced … none of them are going overseas.”

The Communications Union has slammed Telstra’s restructuring announcement, saying it is an attempt to cut domestic jobs as it expands overseas, particularly in Asia. “This is one of the most profitable companies in Australia and yet it continues to move jobs offshore,” CEPU national secretary Shane Murphy said. “This initial announcement is just the tip of the iceberg. We expect, as per an email from Brendon Riley, that this is the first round in a number of cuts to be announced between now and the end of the financial year.”

The union is preparing to meet with Telstra tomorrow to discuss the job cuts, which will affect technicians, managerial and customer service staff. “It is a knee jerk reaction [to a change in government] considering all the work Telstra has before it with NBN regardless of which path Mr Turnbull choses to take with the broadband network.”

While this may not be like for like shifting of roles to Asia the simple equation is that Telstra is reducing its Australian workforce while at the same time increasing its Asian workforce. There is no doubt that telecommunications companies like Telstra need to be constantly changing and adapting their business to survive. If they chose Telstra could do that change and adaptation within Australia but the lure of a cheaper Asian labour pool with wider depth of talent is too strong. Large telco’s are going to continue to fragment as their company structure becomes a fluid mix of business units that are deployed globally. One thing we can be sure of is that the number of permanent Australian based employees of Telstra are going to continue to decline sooner rather than later.