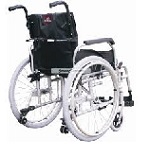 Wheelchair company technician Glen MacMillan has lost his Employment Relations Authority grievance claim for constructive and unjustified dismissal. He was employed byÂ Seating to Go Limited (STGL), a provider of specialised wheelchair and seating assessment services for the Ministry of Health and ACC.

His employers received a written complaint about a visit Mr MacMillan paid to a client on 2nd May 2012.

It was alleged that he made abusive and derogatory comments about two “useless” directors, including one who “was Australian and should go back there”.Â hHe is also alleged to have said his boss was “rough, useless and only does a job half pie”.

The complaint also alleged he called the occupational therapist who he was working with a “b****”.

The written complaint ended by saying Mr MacMillan’s mannerisms and lack of respect were such that the client “cringed”, and that his “anxiety starts to kick in real bad” if he was told Mr MacMillan was the technician who would be visiting him.

Bosses raised the complaint with Mr MacMillan, saying it was being treated as an allegation of serious misconduct.

He denied the allegations and challenged the client’s credibility.

STGL suspended Mr MacMillan, and directors later concluded that he “probably made the comments attributed to him” and gave him a written warning.

Mr MacMillan “disagreed vehemently” with the findings about his behaviour, and challenged the justification for the warning. He resigned on 3rd August 2012 and raised personal grievances with the Employment Relations Authority (ERA) on the grounds that STGL were wrong to Â suspend him, then give him a written warning, and that he was constructively and unjustifiably dismissed.

Mr MacMillan denied allegations made by a client that he had bad-mouthed senior management at .

In a decision, released today, the ERA found both parties were at fault in some respects.

But she found that Mr MacMillan’s resignation did not amount to constructive dismissal.

“Mr MacMillan’s decision to resign was out of proportion to any wrong that was done to him,” Ms Monaghan said.

Emotion can sometimes cloud our judgement when it comes to employment issues where we feel our integrity has been unjustifiably questioned. If we throw our toys out of the cot in what many would consider an over reaction then it is highly likely a judge is not going to feel that our outrage is enough without compelling evidence to back up our claim.

Just because an employee is out of sight for a while (on parental leave) does not absolve an employer... read more

Auckland Transport has sacked a senior manager at the centre of an ongoing investigation into allegations of corruption over... read more

Just because it is legal does not mean it is safe in the workplace.Synthetic cannabis or Kronic as it... read more