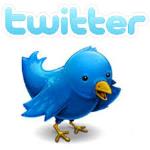 BAD NEWS SELLS.Â If it bleeds, it leads. No news is good news, and good news is no news.

Those are the classic rules for the evening broadcasts and the morning papers, based partly on data (ratings and circulation) and partly on the gut instincts of producers and editors. Wars, earthquakes, plagues, floods, fires, sick children, murdered spouses â€” the more suffering and mayhem, the more coverage.

But now that information is being spread and monitored in different ways, researchers are discovering new rules. By scanning peopleâ€™s brains and tracking their e-mails and online posts, neuroscientists and psychologists have found that good news can spread faster and farther than disasters and sob stories.

â€œThe â€˜if it bleedsâ€™ rule works for mass media that just want you to tune in,â€ saysÂ Jonah Berger, a social psychologist at the University of Pennsylvania. â€œThey want your eyeballs and donâ€™t care how youâ€™re feeling. But when you share a story with your friends and peers, you care a lot more how they react. You donâ€™t want them to think of you as a Debbie Downer.â€

To test for that possibility, Dr. Berger looked at how people spread a particular set of news stories: thousands of articles on The New York Timesâ€™s Web site. He and Katherine Milkman, a Penn colleague, analyzed the â€œmost e-mailedâ€ list for six months, controlling for factors like how much display an article received in different parts of the home page.

One of hisÂ first findings to be reportedÂ â€” which I still consider the most important social-science discovery of the past century â€” was that articles and columns in the Science section were much more likely to make the list than nonscience articles. He found that science aroused feelings of awe and made Times readers want to share this positive emotion with others.

Readers also tended to share articles that were exciting or funny, or that inspired negative emotions like anger or anxiety, but not articles that left them merely sad. They needed to be aroused one way or the other, and they preferred good news to bad. The more positive an article, the more likely it was to be shared, as Dr. Berger explains in his new book, â€œContagious: Why Things Catch On.â€

â€œStories about newcomers falling in love with New York City,â€ he writes, were more likely to be e-mailed than â€œpieces that detailed things like the death of a popular zookeeper.â€ Debbie Downer is apparently no match for Polly Positive, at least among Times readers.

In another attempt to understand whatâ€™s buzzworthy, neuroscientists have scanned the brains of people while they hear about new ideas. Then, as these people told others about what they had heard, the scientists observed which ideas spread and which didnâ€™t.

You might predict that people would pass along the most memorable ideas â€” the ones that lighted up the brain regions associated with encoding and retrieving memories. But thatâ€™s not what happenedÂ in the experiments, which were conducted byÂ Emily FalkÂ along with colleagues at the University of Michigan and researchers at the University of California, Los Angeles.

The best predictors of buzz were elsewhere, in the brain regions associated with social cognition â€” thoughts about other people. If those regions lighted up when something was heard, people were more likely to talk about the idea enthusiastically, and the idea would keep spreading.

â€œYouâ€™d expect people to be most enthusiastic and opinionated and successful in spreading ideas that they themselves are excited about,â€ says Dr. Falk. â€œBut our research suggests thatâ€™s not the whole story. Thinking about what appeals to others may be even more important.â€

This social consciousness comes into play when people are sharing information about their favorite subject of all: themselves. This is intrinsically pleasurable and activates the brain regions associated with rewards like food, asÂ demonstrated in a studyÂ by Diana Tamir and Jason Mitchell of Harvard. In fact, the study showed, itâ€™s so pleasurable that people will pass up monetary rewards for the chance to talk about themselves.

Past research into everyday conversation showed that a third of it is devoted to oneself, but today that topic has become an obsession thanks to social media.Â Rutgers researchers classifyÂ 80 percent ofÂ TwitterÂ users as “meformers” who tweet mainly about themselves.

The result is even more Polly Positivity, and not just because people are so adept at what psychologists call self-presentation: pointing out oneâ€™s own wonderfulness. While people have always said nice things about themselves in traditional conversations and saved the nastier comments for others, today theyâ€™re more diligent in spreading the word through written media like e-mail,Â FacebookÂ and Twitter.

â€œIn most oral conversations, we donâ€™t have time to think about exactly the right thing to say,â€ Dr. Berger explains. â€œWe fill conversational spaces by saying whatâ€™s top of mind. But when you write something, you have the time to construct and refine what you say, so it involves more self-presentation.â€

Dr. Bergerâ€™s experiments have shown that people say more positive things when theyâ€™re talking to a bigger audience, rather than just one person â€” a result that helps explain the relentlessly perfect vacations that keep showing up on Facebook.

But does all this positivity actually make the audience feel any better? Not necessarily.Â A study in UtahÂ showed that the longer people spend on Facebook, the more they think that life is unfair and that theyâ€™re less happy than their â€œfriends.â€

Similar results were observed in GermanyÂ by a team led by Hanna Krasnova, which recently reported a â€œrampant nature of envyâ€ and other â€œinvidious emotionsâ€ among heavy users of Facebook.

That spiral hardly sounds like a positive trend, but thereâ€™s probably a quick way to reverse it: turn on the television. Mass-media producers and editors have always known a reliable way to assuage envy. Once theyâ€™ve scoured the globe to bring calamity and chaos into the living room, even the most miserably unhappy couch potato knows that there is someone, somewhere, doing worse.