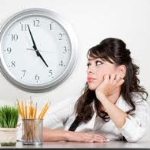 Disengagement is one of those HR buzz words that rolls off the tongue and becomes quite impersonal partly through our obsession with workforce statistical analysis. Yet few terms are as personal as this. It cuts to the heart of the relationship between an organisation and its workers.

Often with HR buzz words we interpret what they mean in different ways. When they are discussed many people in a room have a variety of different understandings of what we are actually talking about. At times like these I think it is good to revert to the core meaning of the words and move on from there.

A glance at the dictionary tells us disengagement means:

1. To release from something that holds fast, connects, or entangles.

2. To release (oneself) from an engagement, pledge, or obligation.

Both meanings are apt. As an employee we have an entanglement that connects us to the organisation. Some employees become entangled with each other as well but that is another topic. Legally we are contracted, but it is the emotional contract that really matters. To disengage ourselves we are releasing ourselves from that obligation. We are not doing enough to break our legal contract but we have broken off the emotional contract.

Disengagement is everywhere. It is a virus that has crept into the modern workplace. In some organisations it can be approaching 50%. The average in New Zealand is 20%. Add to this the much larger group of ambivalent workers and it is a wonder that some organisation manage to function at all.

When we break off a personal engagement it is usually for something drastic like unfaithfulness that has caused a breach of trust. What have many organisations done to be unfaithful to their workers?

To understand this we need to wind the clock back a few years. Following on from the great depression, a job was a precious commodity. A secure one in a stable organisation was prized above all. So employers and employees entered into an unofficial pact that the employer would provide a stable, safe working environment with a career path that unfolded over time. Long service was a virtue and loyalty was rewarded.

In return workers dedicated themselves to the organisation which became like a second family. Their institutional knowledge was an asset. Social events, kids Christmas parties etc sprouted up around this mutually beneficial relationship. It was a long courtship that was finally consummated when the employee retired and received some token of appreciation like a clock for their loyalty and sacrifice.

The Second World War only served to emphasise the virtues of service and sacrifice for the greater good.

The golden era post-war economic boom of mutual prosperity and security between employers and employees endured throughout the 1950â€™s and 60â€™s. The world economy hit the skids in the 1970â€™s with the first oil shock. In simplistic terms, the old ways were no longer economically sustainable. The unions were not prepared to budge and renegotiate the relationship. They lost the ensuing power struggle and eventually their power was broken.

Into this power vacuum flooded organisational theorists who now had a free reign to do what they liked. They promised fame and riches to management and whispered unproven bollocks into eager ears. Everything was measurable, everything had a cost, and everything had to provide a return on investment. All this hoopla was sold under the disturbing umbrella of vision, values and mission statements, which put positive spin on what was happening.

By the 1980â€™s the pace of business was increasing rapidly and only those that rode the right waves at the right time survived. To do this they needed to become dynamic and fast moving. To achieve this level of manoeuvrability, three things had to be in place.

The reality after several years of this new working environment was that staff at all levels were working longer hours. The pay gap between senior management and workers widened considerably. There was no job security. Staff could be dispensed with, without too much fuss as the need arose. The rhetoric trumpeted by the vision and values statements was still the same, but many staff had learnt the hard way that they were just words on a wall.

Mass redundancies, less staff doing more work, A conveyor belt of increasingly expensive management who wanted to change things, make their mark and move on. Long service became a liability in the job market. Loyalty was seen as quaint but naÃ¯ve.

This was the age of the individual. What is in it for me? The sense of national collective responsibility that infused the workplace, forged by two world wars and the great depression was replaced by a collection of individuals whose vision and values extended only as far as what they could see in the mirror or in a share price.

For management, technical specialists and skilled workers this was a fantastic time with increasing pay and promotion on merit. Limited length of service was no longer an obstacle to advancement.

However the vast majority of staff, in real terms saw their living standards slide. Benefits were eroded and wage increases did not keep pace with inflation. For less skilled workers there was no â€˜old-boys networkâ€™ to see them right in between jobs.

Workers came to see the new breed organisation and senior management for what they really were. A hard slog for all but the privileged few, wrapped up in fancy words.

In short they no longer trusted an organisation to keep them employed and financially secure. The trust was gone. Sure management said all the right things but it was clear through their behaviours that their heart lay somewhere else.

One by one workers in their thousands broke off their engagement and remained employed in what had become a loveless relationship. The Employment Relations Act went some way towards addressing the imbalance but the core inequalities still remain.

That is how we have arrived at this point in organisational development where up to 75% of the workforce is either actively disengaged or ambivalent. In Workforce Disengagement Part 2, we will look at the possible cures for the disengagement virus.

They won't get punished but they might get a verbal lashing and that is just for starters.Private information belonging... read more