admin2012-10-16T09:10:58+13:00
By admin People Development career, development, opportunity, promotion, remuneration Comments Off on It Pays to Look Good at Work 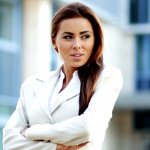 Studies have shown that attractive people are usually hired sooner, get promotions more quickly, and are paid more than their less attractive co-workers.
Attractive people earn an average of 3 or 4 per cent more than people with below-average looks, according to Daniel Hamermesh, professor of economics at the University of Texas at Austin and author of the book Beauty Pays: Why Attractive People Are More Successful.

Researchers have studied the concept of beauty as a factor in a person’s success over and over again, and in multiple ways. Beautiful people tend to bring in more money for their companies, and are therefore seen as more valuable employees and harder workers, according to an article in Psychology Today by Dario Maestripieri, a professor of comparative human development, evolutionary biology, and neurobiology at the University of Chicago.
A door-to-door insurance salesman is better able to sell to customers who find him attractive, says Maestripieri, because the customers will be more likely to buy if they think it will increase their chances to have sex with him. Maestripieri calls this principle â€œthe pleasure of dealing with good-looking people.â€

â€œGood-looking people are more appealing as potential sex partners,â€ Maestripieri says, â€œand [so] other people choose to interact with them, to spend time near them, talk with them, buy insurance from them, and hire them as employees.â€
Hamermesh, however, believes that it’s not just the sex appeal that makes attractive people more successful. He writes that attractive people tend to have desirable personality traits, like higher self-confidenceâ€”likely a direct result of their good looksâ€”that appeal to employers.

â€œBeauty may just reflect self-esteem. Perhaps people’s self-confidence manifests itself in their behaviour, so that their looks are rated more highly, and their self-esteem makes them more desirable and higher-paid employees,â€ he writes. â€œAnother possibility is that beauty and the attractiveness of one’s personality are positively related, and that it is the general sparkle of one’s personality, not one’s beauty, that increases earnings.â€

Researchers at Rice University and the University of Houston also conducted a study on beauty’s effect on success. They limited their study to how facial appearance affects excellence in a job interview. The study found that people with facial blemishes and â€œdisfigurementsâ€â€” birthmarks, scars, blemishes â€” were more likely to be rated poorly by their interviewers. The interviewers tended to recall less information about these candidates’, which negatively impacted their evaluations.

â€œThe more the interviewers attended to stigmatised features on the face, the less they remembered about the candidate’s interview content, and the less memory they had about the content led to decreases in ratings of the applicant,â€ said Juan Madera, a professor at the University of Houston and co-author of the study.

Even with the bias against the less fortunate-looking, Hamermesh says there are still ways to succeed despite one’s looks. â€œFirst, don’t go into an occupation where looks matter a lot,â€ he says in an interview with the Wall Street Journal. “Don’t be a TV broadcaster; be a radio broadcaster. Don’t be a movie actor. Most important, go into fields that you enjoy, and that you have an advantage in doing. Accentuate your strengths, and try to avoid those things where you are relatively disadvantaged.â€ 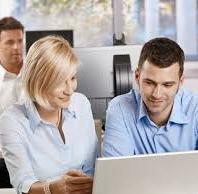