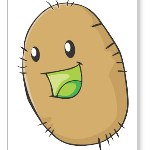 New Zealand workers are happier than their Australian counterparts, a survey says, despite being paid less and working longer hours.

One researcher said it was proof New Zealand breeds “cheap and efficient” workers.

The Regus survey found nearly half of New Zealand employees said they were working harder since the global downturn in 2010, and they now achieved more at work.

And more than three-quarters said they were now happier in their jobs.

Almost 70 per cent felt they had a better harmony between work and home life than they did two years ago.

“New Zealanders do work hard, but they don’t get recognised in their pay for it and that’s one of the paradoxes of New Zealand workers,” said Professor Paul Spoonley, a Massey University sociologist.

“It is a bit of a puzzle to know why people would work harder if they’re not getting paid particularly well … we’re breeding cheap and efficient workers,”

He said the survey’s findings matched what he had come across in his research on workers.

“What’s really surprising is that the satisfaction, particularly around the work-life balance, has gone up – that’s counterintuitive. I wouldn’t have expected that, I would have expected the reverse of that, that people would have been feeling more stressed.”

Professor Spoonley believed that employers were realising that retaining employees was really important, and one way to do that was to manage the workplace, which he said was reflected in the survey’s commuting figures.

The survey found that to improve their workers’ work-life balance, almost a third of employers said their businesses had implemented practices to shorten employee commuting times.

That method clearly had an effect, as the survey found 74 per cent of New Zealand workers happier in their jobs now than in 2010, compared with Australia (69 per cent ), Britain (60 per cent), France (65 per cent) and the United States (64 per cent).

“But it might be that we’re seeing the dissatisfied leaving. If people are unhappy, then they’re going and that’s helping the stronger work satisfaction figures,” Professor Spoonley said.

The Regus Work-life Balance Index polled more than 16,000 business professionals in more than 80 countries, including 54 respondents in New Zealand. The survey measured job satisfaction indicators and opinions on work-life.