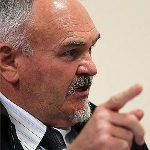 The Labour Department has made only two prosecutions of underground mines in New Zealand since 2005, an inquiry into the Pike River tragedy has heard.

Alan Cooper, the department’s health and safety practice leader, admitted he had not known the number of prosecutions was so small.

The department needed to have a “clearer focus on potential for harm”, he told the inquiry at Greymouth District Court this afternoon.

Cooper said he could not comment on the department’s behalf, but said “regulations should be as clear as possible”.

He told the inquiry he had believed for “some time” there should be an audit process in the department’s mines inspection process.

The Pike River inquiry has heard repeatedly how the Labour Department’s mines inspector had an “impossible task” and “primary responsibility” of the mine’s inadequate safety systems lay with the mine.

Prior to Cooper, the department’s health and safety inspector, Kevin Poynter, had been giving evidence. He had been on the stand more than 12 hours in the past two days.

He was appointed Pike River mine’s main safety inspector in July 2008 and conducted seven underground inspections of the mine before its fatal explosion on November last year.

Yesterday, he told the Royal Commission he was under-resourced, had a lack of adequate training skills and was under constant time restraints during his inspections.

He repeated to the inquiry today that, “it was just an impossible task”.

“As an inspector, I have said in this court I had limited views of the mine. I had only a snapshot. Primary responsibility lies with the employer,” he said.

“I did the best job I was able to do at Pike. To expect two inspectors to deal with the size and workload we were confronted with was unreasonable.”

A grieving father says his lost son’s face flashes before him while the mine’s inadequate safety systems are scrutinised at the inquiry into the Pike River tragedy.

Bernie Monk, spokesman for some of the victims’ families, was in tears in the public gallery at Greymouth District Court this morning, while a Labour Department mines inspector gave evidence about the inadequacy of the mine’s second escape route.

Monk lost his son Michael, 23, in the explosion.

“The hardest thing for me with the evidence given today is that our guys had no chance of getting out of the mine,” Monk said.

The inquiry has heard that Pike River miners raised concerns about the mine’s second egress in April last year, seven months before the deadly explosion.

Mines inspector Kevin Poynter admitted he inspected the deficient second egress in April, yet nothing was done about the escape route before the explosion that killed 29 men.

Even if the explosion wasn’t fatal, Monk said the miners did not have a chance to get out of the mine.

“It was just a complete balls up and I am struggling with it,” he said.

“I always see his [Michael’s] face and I just can’t get to him. There wasn’t a chance for him.”

Monk said he was undertaking a personal “crusade” to ensure a tragedy similar to Pike River never happened again.

The first anniversary of the disaster is only two days away and emotions are running high in the courtroom with many family members struggling through the evidence.

Pike River miners raised concerns about the inadequate second escape route from the mine seven months before its fatal explosion last year, an inquiry into the tragedy heard earlier today.

Poynter admitted he knew the Pike River “workforce” had raised issues about the alternative exit when he visited the mine in April, 2010.

Poynter has faced harsh cross-examination at the Royal Commission inquiry in Greymouth District Court this morning.

Richard Raymond, lawyer for the victims’ families, said the inadequate second form of egress was a “glaring problem” for the mine.

The inquiry has heard how miners needed to use a safety harness to climb out of the egress, yet Pike River only had eight harnesses on site; four of which were stored in the health and safety officer’s desk.

When Poynter visited the mine in April he conceded that he did not see any harnesses, nor did he ascertain whether someone could safely climb out of the egress.

Raymond said it was “not acceptable to the families” that the second exit had remained defective from when Poynter inspected the mine in April to the deadly explosion in November.

“It was not satisfactory was it?” Raymond questioned.

Some of the families in the public gallery were in tears during the cross-examination, including Bernie Monk who lost his son Michael, 23, in the blast.

Raymond also questioned Poynter over Pike River documents that showed serious safety hazards at the mine prior to its explosion and were revealed to the inquiry yesterday.

The documents showed spiking methane levels, faulty machinery and methane sensors that had a fan directed at them in a bid to record lower gas measurements.

Poynter admitted he had no knowledge of these safety hazards before the mine exploded and said he would have visited the mine and inspected the issues if he was aware of them.

“The prime responsibility must lie with the employers, they are the ones with the data and the information,” Poynter told the inquiry.

Under tough cross-examination at the inquiry into the tragedy, Poynter was adamant he never said the mine’s second exit met health and safety standards.

“I don’t believe I ever said it was adequate, otherwise I wouldn’t have been asking repeatedly for another egress,” he told Pike’s former general manager Doug White’s lawyer.

Poynter said his wording in the letter was unfortunate, but he remained firm in his belief that he had always said there needed to be another exit at Pike River.

The mines inspector spent the entire day giving evidence at the Royal Commission inquiry yesterday and faced intense cross-examination from a number of lawyers this morning.

The lawyer representing Neville Rockhouse, former Pike River safety and training manager, asked if Poynter had ever sat and discussed safety issues with Rockhouse during his visits to the mine.

Poynter admitted it would have been beneficial to talk to Rockhouse about health and safety at the mine but said he never had the opportunity because of a lack of time during inspections.

Yesterday Poynter said the department gave him an “impossible task” to monitor it safely.

He said he was under-resourced, inadequately trained and not supported in his role as health and safety inspector.

After his admission he left the stand for a moment to compose himself.

Poynter now worked in Queensland where he said mines inspectors had a “much better picture of what’s happening”.

The inquiry was into its third phase of hearings, which were investigating what happened at Pike River.

Alan Cooper, health and safety practice leader for the Labour Department, would be the next witness to give evidence at the inquiry.