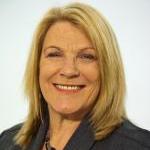 Yes that is right folks I have been silly.

Among other things, Darien Fenton’s said that she chooses “not to buy stuff from those who support Tories.” Referring to The Mad Butcher chain that Sir Peter Leitch founded but no longer owns.

When others asked Ms Fenton to explain her comment, she called Sir Peter a sycophant and said: “[He was] sucking up to John Key big time. I’m never going near him again.”

Ms Fenton said she was upset that Sir Peter had recently been complimentary towards Mr Key and that the Mad Butcher had invited the Prime Minister to join him to watch the Warriors play at Sunday’s NRL grand final.

Sir Peter told the Herald from Melbourne that he did not know what to say when he heard what Ms Fenton had said about him.

“I’m very disappointed and it’s just taken the wind out of my sails. I’m absolutely gutted by her comments.”

Sir Peter said he supported Helen Clark when Labour was in power and took her to Warriors matches.

“The National Party never complained that I supported Helen Clark,” he said.

“I’ve done nothing with John Key that I didn’t do with Helen Clark – I’ve been a littlebit more vocal.”

Ms Fenton said she made the comments in the “heat of the moment” after hearing Sir Peter compliment Mr Key – but was adamant she was not calling for a boycott of the butchery chain.

Ms Fenton has since shut her Facebook profile down and said she wanted to make amends for her comments.

“It was a reaction and it was silly.

“But the last thing I wanted to do was offend people, that’s not what I do,” she said.

“It was an impulsive and silly thing to say.””

That is right Darien – “impulsive and silly” is about right. This is a shining exmaple of the trend of people in power, whether it is in politics or business, using social media to comment.

Twitter and Facebook are instant. Once said it is out there for all to read. In days gone by people like Darien would have got angry for 5 minutes then after they had calmed down they might settle back into a more measured perspective.

Social media gives people the opportunity to comment when they are angry. In the heat of the moment there is no longer a communications or public relations professional vetting what they are going to say.

Sir Peter Leitch is a highly regarded New Zealander who has been honoured for his services to many charities. Those of us who are rugby league followers are well aware of the close relationship that Helen Clark had with him during her tenure as Prime Minister.

Politicians now have the power to destroy their careers by their own hand in a matter of seconds. Darien Fenton will live to fight another day, but she has damaged her standing and that of her party.

For many corporates today, having social media pages is part of the ‘new’ way of doing business and interacting with customers. This unfettered contact is most definitely a two-edged sword.

Ill advised comments or angry feedback can result in a backlash via social media well out of proportion to reality. Many social media users enjoy the power they have as a collective to have a direct impact on politicians and corporates by swarming together any whipping up a cyber storm.

While most corporates have policies and procedures in place about the use of social media, these are often of little value when the red mist comes down and “silly” things are said.

Perhaps it would be better to point out to managers and politicians that ill advised comments on social media sites is a named category of serious misconduct and may lead to their dismissal. Maybe this is not very likely because many of those making the comments are the same people that make the rules. They are hardly likely to shoot themselves.

Many fathers try to have it all - time with kids, promotions at work and a spouse who shares... read more

A third of Australian workers waste almost a quarter of their day at work, a survey shows. The Ernst and... read more