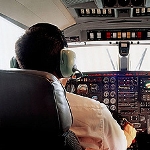 A pilot with Air New Zealand subsidiary, Air Nelson who was sacked for having sex with a flight attendant and drinking on an overnight stop has won a legal battle to save his job.

Air Nelson has exhausted its legal avenues after its decision to dismiss the pilot for “serious misconduct” was overruled.

The flight attendant, then 19, said she could not have consented to sex but her complaint to police did not result in a prosecution.

The Employment Relations Authority found the pilot’s dismissal was justified. But the Air New Zealand subsidiary was ordered to reinstate him after the Employment Court ruled the airline’s investigation into what happened on the overnight stop was “fundamentally flawed”.

The airline finally asked the Court of Appeal for the right to challenge the Employment Court decision but this has been rejected.

The pilot was not available for comment but his lawyer, John Haigh QC, told the Herald it was the end of what had been a “very sorry saga which has detrimentally affected, in a significant way, the pilot and his family”.

“I think that Air New Zealand, as in most of its employment-related disputes, are relentless.”

The Court of Appeal judgment said the pilot, his first officer and the flight attendant drank a “significant amount” in the pilot’s hotel room on an unscheduled stopover in May 2008.

According to the pilot, he and the flight attendant fell asleep and when he awoke about 4am she was attempting to arouse him, which led to them having sex.

The flight attendant said she had no memory of the sex, and only realised it had occurred when she returned to her own hotel room. She did not think she would have willingly consented.

Air Nelson said the Court of Appeal finding highlighted the high threshold facing employers when trying to review judgments “believed to be erroneous”.

Air New Zealand has fallen into the age old trap that many employers have been snared by in the past. That is, thinking that they have such a ‘slam dunk’case that normal investigation protocols into serious misconduct are irrelevant.

Once the sense of outrage has died down and objective legal minds are brought to bear on the conduct of the employer, it is often found that they have undertaken a shoddy investigation and are now going to have to take some unpleasant medicine vis the courts.

The pilots lawyer is correct about Air New Zealands attutude of aggressive pursuit of serious misconduct disciplinary charges. Often this zeal to enforce the rules and hold up the head of their latest victim – in this case the pilot – as an example to warn other staff backfires.

While the lack of a police prosecution against the pilot is not an exemption from disciplinary action, the facts of this case in the cold light of day are murky to say the least. From an employees perspective we would hope that internal professionals in Air New Zealand would have advised accordingly and urged a more thorough examination of the facts before deciding on dismissal.

Katrina Bach - it is a long way to fall from the top if the allegations are proven.Katrina Bach... read more

A Christchurch teenager who was sexually harassed and bullied at work has been awarded over $35,000 from the Employment... read more