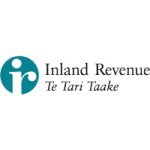 The tax vampires are having an in-house clean out.

The Inland Revenue Department is set to axe 200 jobs in regional offices.

Details of the plan are being released to staff today. The Taranaki Daily News reports that IRD branches in Rotorua, New Plymouth, Nelson and Invercargill are going to have staff numbers halved in less than a year.

Rotorua is to lose 44 of its 67 positions, New Plymouth 42 out of 63, Nelson will be reduced to 22 from 48 and Invercargill will be the worst hit with just 19 positions proposed to remain of the current 82.

Napier, with 85 full time equivalent staff will be reduced to 69.

In total 191 full time equivalent positions will be lost but an Inland Revenue employee said this represents more than 191 jobs as many people worked part time.

IRD had been looking at how to make doing business easier for customers, IRD Deputy Commissioner Carolyn Tremain said.

“We would maintain offices and counters in all our current locations, but where and how we do some work may be changing,” she said.

IRD wanted to target services to provide localised service, and not manage work for customers around the country as local offices currently did.

“We believe that work not requiring face-to-face contact should be grouped in larger centres, allowing regional sites to increase their focus on education and advisory services for their communities,” she said.

There is a general swinging trend that afflicts most large organisations regardless of the industry they are in. That trend is the ever swinging pendulum between centralisation and regionalisation. At the moment the bean counters at IRD have convinced management that cutting branch staff and centralising many services is the answer.

Branch staff will tell us that they can do the work more efficiently because they have a relationship with the customers they are working with.

There is no easy answer to which theory is right and which is wrong. The only certainty is uncertainty – especially for staff who rely on their job with IRD to survive financially. There is one other certainty I forgot to mention. The senior management instigating the changes will still be paid their tasty salaries as will the parasite consultants advising them.

Simon Bridges not looking too petrified that the Unions are gunning for him.Unions are united in their opposition to... read more