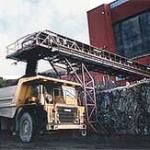 Workplace drug testing at the Stockton Mine on the West Coast has seen 31 Solid Energy staff and contractors test positive for illegal drugs and street-legal synthetic drugs.

Solid Energy communications manager Vicki Blyth confirmed that Stockton Alliance carried out drug and alcohol testing at the mine during the week of 22nd June.

In all 882 staff and contractors were tested and 20 of them gave positive results for the presence of illegal drugs, including a supervisor.

Testing of a sample group of 56 sent for analysis in the United States returned an additional 11 positive tests for synthetic drugs.

“Solid Energy and Stockton Alliance have zero tolerance for the use of any substance which impairs anyone’s ability to work safely.

“People who use unauthorised drugs pose an unacceptable safety risk as they put themselves and their workmates at risk.”

Mr Bragg said Solid Energy had become increasingly concerned with the rise in the use of synthetic drugs nationally and had a specific reason to believe these were being used by a group of people at the mine.

Testing for synthetic drugs would now be incorporated into the drug and alcohol testing regime across the whole company.

“Our process is that people who test positive for the first time are referred to an external employee assistance programme for support and may return to work when that is successfully completed.”

“Anyone who tests positive on more than one occasion has broken their contract and will be dealt with through further disciplinary procedures.”

As more companies test workers for synthetic drugs it is going to blow apart the perception that drug influence in our workplaces is under control.

The street-legal nature of synthetic cannabinoids like Kronic has made them very attractive to employee’s wanting to avoid the chance of getting caught in workplace drug testing.

Now that there is a viable option to send samples to the United States to test for synthetic drugs, there is likely to be an dramatic increase in non-negative test results that previously would have passed the standard workplace drug test.

There seems to be a perception among some employees that because a drug is ‘legal’ that it is ok to use it and go to work. Alcohol is the same deal as synthetic drugs. It is legal in society but being under the influence of it at work will normally result in disciplinary action.

Solid Energy claims to have “zero tolerance” when it comes to drugs in the workplace, yet they refer staff after one strike to an employee assistance programme. Only after getting caught a second time does an employee face disciplinary action. This is a bit ambiguous and certainly not zero tolerance.

Note: The New Zealand Drug Detection Agency are set up to do the testing for synthetic drugs as well as regular drug screening.