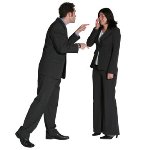 The number of workers in Victoria, Australia claiming to have been bullied at work has skyrocketed, with complaints to WorkSafe Victoria more than doubling to 6000 in the past year.

But no action was taken on the vast majority of complaints, as most fell well short of what constitutes workplace bullying under the law. People complained of bullying after being sacked for assaulting a manager, missing out on a pay rise or not being invited to a work party.

WorkSafe’s executive director of health and safety, Ian Forsyth, believes the huge surge in complaints can largely be attributed to greater awareness about bullying and, in particular, to the case of 19-year-old waitress Brodie Panlock, who committed suicide in 2006 after being relentlessly bullied by four colleagues at a Hawthorn cafe.

Mr Forsyth says the most significant spike in bullying complaints to WorkSafe came immediately after Ms Panlock’s former colleagues and the owner of Cafe Vamp were found guilty and fined a total of $335,000 in February last year. A month earlier it received 150 complaints. In February 2010 it rose to 550 calls and in March 2010 to 750.

Of the 6000 bullying complaints made to WorkSafe, only 10 per cent were referred to the bullying response unit. Of those referrals, one in 10 resulted in an inspector visiting a workplace to conduct further inquiries.

“I think what we are seeing is that the term bullying is being used quite loosely in the community now in many instances to describe something that has ‘gone against me’ or ‘that I haven’t liked’ or something that ‘I haven’t wanted to do’,” says Mr Forsyth.

“As a result, we are seeing a mismatch between what is being labelled bullying and what would really constitute bullying under the Occupational Health and Safety Act.”

“We’re certainly not saying that these people aren’t suffering from some form of ill treatment or some form of injustice or that they’re not genuinely feeling that they’ve been disadvantaged or put under pressure. But in the vast majority of incidents these types of behaviours which they might describe as bullying are not going to meet the criteria for us to investigate or prosecute.”

The Occupational Health and Safety Act defines bullying as ”repeated unreasonable behaviour directed towards a worker or group of workers that creates a risk to health and safety”. Under a new bill passed last month, called Brodie’s Law, bullying now carries a penalty of up to 10 years in jail.

Kevin Jones, an occupational health and safety consultant and the editor of SafetyAtWorkBlog, says the increase in complaints could also be attributed to a shift in attitudes about what is deemed acceptable behaviour.

”I think workplaces have improved the management of personnel substantially.”

Mr Forsyth said anyone worried about mistreatment or bullying at work should immediately raise the issue with the appropriate person in their workplace.

“If it’s not adequately addressed in the workplace then they need to look at what are the best avenues to get the issues addressed, whether it be through Fair Work Australia, the Human Rights and Equal Opportunity Commission or WorkSafe.”

Involved in a physical altercation with his supervisor after a discussion about poor work performance. The supervisor suffered facial injuries and the complainant was sacked on the spot. Worker alleged his termination was bullying and unfair because the manager deserved a punch in the face.

Complainant entered a shared lunch area with two other employees. She claimed the employeesâ€™ supervisor passed by and greeted her colleagues but not her. Alleged that the supervisor was trying to isolate and exclude her.

Had been working the same shifts for two years when the employer implemented rotating shifts for all staff. The complainant said he would prefer to retain his shifts, but was told he needed to move to the rotating roster. Alleged that he was being singled out.

The emailed rejection came as no surprise to Bill Skibinski, though he believed he was more than qualified for... read more

Peabody Energy Corp and Glencore Xstrata will cut around 500 mining jobs in Australia, a company official and trade... read more