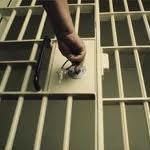 Things are getting weird in New Zealand when an applicant may not have to declare that her husband is an inmate of a prison she wants to be a warden at.

Lydia Butcher is to sue the corrections Department for refusing to employ her as a prison guard in the prison where her husband was on remand.

Mrs Butcher wanted to work at the Northland Region Corrections Facility, a prison at Ngawha Springs near Kaikohe. Her husband, Carl Butcher, was sent there on remand for firearms and assault charges. When Department of Corrections bosses found out, they refused to hire her, saying she should have told them.

The case is headed for the Human Rights Review Tribunal after mediation over the issue failed. Robert Hesketh, the Director of Human Rights Proceedings, said the case was going ahead. “We are her lawyers,” he added.

It is understood the foundation of the case against the department is that Lydia Butcher should not be discriminated against because of her husband’s criminal behaviour.

Carl Butcher has had several brushes with the law including firearms and assault charges. In 2007, police were called after Lydia Butcher ran to their neighbours in tears. She said Carl Butcher was “running around the farm with a gun and probably drunk”. The neighbour called police after looking out the window and seeing Carl Butcher with what looked like a shotgun.

In 2009 the police charged Carl Butcher with hitting Lydia Butcher, in the belief the would-be prison guard was having a sexual relationship with a 16-year-old neighbour. Carl Butcher knocked his wife to the ground then kicked her, according to a neighbour’s witness statement. When she stood, he knocked her down again.

“It is then that Mr Butcher knelt on his wife and began to punch her in the head. The police case is there were between 10-15 punches to the head,” said a judge.

Court papers show Lydia Butcher later claimed there was no assault – a statement the trial judge said must have sounded like perjury to the jury. She had told the court she had a “fall in the milking shed” that led to injuries the judge described as substantial.

Carl Butcher said his wife had taken the case to the Human Rights Commission at his urging: “You can’t go around victimising people because their husband is a something-or-other.”

He confirmed he pleaded guilty to the assault and firearms charges but only to get home and look after his kids.

Corrections human resources manager Vince Arbuckle would not discuss the specific case but, speaking generally, said “the public expect the highest standards of integrity and behaviour”.

Applicants for work at the Department of Corrections are asked to declare connections to anyone involved in criminal activity. They are reminded that a false declaration may result in them getting turned down for a job.

Any reasonable person would believe that an employer has a right to know if a prospective employee’s husband is an inmate at the corrections facility she is applying to work in.

I wonder if the Australian Government is that hard up for workers that they would want a man like Carl Butcher coming into Australia with excess baggage of several firearms and assualt convictions.