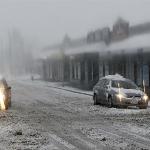 A Christchurch woman employed by a printing firm is upset she has lost two days annual leave after heavy snowfall trapped her at home with her children this week.

The woman, who is in her late 20s, does not want to be named. She says her employer has penalised staff for not getting to work this week, despite police warnings that Cantabrians should stay off the snow-covered roads.

The woman was told she had to take the two days as annual leave.

“Not only could I not drive 40 minutes to my workplace, my kids’ daycare centre was closed for two days here in Christchurch,” she said yesterday.

“I arrived at work today to be told to put in for annual leave for the two days I didn’t attend work â€“ because I could not physically get there.

“If they had supplied a babysitter and a ride to and from work, I would have been there in a heartbeat.”

Many colleagues were in the same boat, and she had heard of other employers asking staff to take annual leave to cover a forced absence.

The chamber wanted members to be pragmatic, reasonable and flexible in such circumstances.

“Sometimes the rigidity of the law isn’t appropriate … [it appears] the employer is adopting an unreasonably hard line, but they’re probably perfectly legally within their rights to do that,” Townsend said.

Law firm Duncan Cotterill associate Sarah Townsend said individual staff employment varied, but there were cases in which a company could apply leave entitlement this way.

If the place of work was closed because of snow or other events or if staff were told not to come in, then, normally, the employer was required to pay staff and not request staff to take annual leave, she said.

However, if an employee was unable to safely travel, then they could be required to take annual leave, she said.

“If the position is that the workplace is open for business as usual but an employee can’t come in because, for example, schools and daycare have closed or they don’t believe they should leave the house because it’s not safe for them to travel … it can be fair for an employer to say that’s fine, but you need to take an annual leave day if you want to receive payment for that day.”

An absence from work needs to be accounted for. If being away is applicable to sick leave, bereavement leave or Jury leave then that is easy. Any other absence is annual leave or leave without pay.

There is really no room to quibble here. If the employer decides to pay employees for the snow related absence then that is their decision. It is not a right.

In the case of the printing company where the woman in question worked, it was not closed so some staff were able to get there. It creates a difficult situation when some staff have done a full days work while others stayed away and still get paid for a full days work.

Perhaps the Canterbury Employers’ Chamber of Commerce chief executive Peter Townsend should pull his head in and let business owners make lawful decisions about their staff leave entitlement without being publicly criticised for being “unfair”.