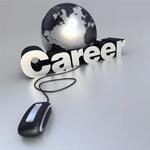 The number of job vacancies advertised online continued to grow in June, according to the latest Jobs Online index.

â€œThis shows that employment prospects are continuing to improve,â€ says the Department of Labourâ€™s Head of Research and Analysis, Vasantha Krishnan.

â€œThis is supportive of other indicators that point to a gradual increase in economic activity. It reinforces the Departmentâ€™s expectation that employment will grow in 2012 and 2013, bringing down the unemployment rate.â€

Industries with the biggest growth in skilled vacancies across the country were accounting, HR, legal and administration (up by 9.0%) and hospitality and tourism (up by 8.5%).

Overall, the number of skilled vacancies in the month of June was 17.1% higher than a year ago, while the total of all vacancies was 18.2% higher.